Updates on Xenotransplantation and the Artificial Kidney

Updates on Xenotransplantation and the Artificial Kidney

This activity consists of a recorded presentation from the "Essentials of Oncology, Solid Organ and Blood/Marrow Transplant Management for the Health Care Team" conference held in Scottsdale, Ariz., March 14–15, 2022.

Each year, roughly 5,000 of the 90,000 individuals waitlisted for renal transplant die before a donor kidney becomes available. Recently, there has been a dramatic increase in focus on the development of the artificial kidney and advancing xenotransplant science. In September 2021, the U.S. Department of Health and Human Services and the American Society of Nephrology announced the winners of Phase 1 of the KidneyX Artificial Kidney Prize based on their potential to advance the functionality, effectiveness and reliability of the artificial kidney. The approaches included implantable bioartificial kidneys, genetically engineered xenotransplants from porcine models, toxin-removal systems, and wearable continuous hemodialysis devices. What are the benefits, risks, and financial and ethical implications of these advances? Join this session to discuss how technology to treat end-stage kidney failure has advanced in recent years, including a review of clinical trials of portable devices and implantable xenotransplants, and what the future holds for the next phase of investigation into the artificial kidney and xenotransplant.

Provided by
This activity is provided by OptumHealth Education.

Required hardware/software
Please ensure you are using the web-browser Chrome and disable any pop-up blocking software. Click here for information on how to enable pop-ups.

This activity is designed to meet the educational needs of case managers, nurses, pharmacists, pharmacy technicians, physicians, psychologists, social workers, dietitians, and other health care professionals who are interested in kidney disease and the development of the artificial kidney and advancing xenotransplant science.

At the end of this educational activity, participants should be able to:

Dr. Robert A. Montgomery is the chairman and professor of surgery at NYU Langone Health and the director of the NYU Langone Transplant Institute. He received his MD with honor from the University of Rochester School of Medicine. He received his PhD from Balliol College, The University of Oxford, England, in molecular immunology. Montgomery completed his general surgical training, multi-organ transplantation fellowship, and postdoctoral fellowship in human molecular genetics at Johns Hopkins. For over a decade, he served as the chief of transplant surgery and the director of the Comprehensive Transplant Center at Johns Hopkins.

Dr. Montgomery has had clinical and basic science research supported by the NIH throughout his career. He has authored 300 peer-reviewed articles, been cited more than 26,000 times and has an h-index of 84. His academic interests include HLA sensitization, tolerance protocols including simultaneous solid-organ and bone-marrow transplantation, bioartificial organs, and xenotransplantation. He has received important awards and distinctions, including a Fulbright Scholarship and a Thomas J. Watson Fellowship and memberships in the Phi Beta Kappa and Alpha Omega Alpha academic honor societies. He has been awarded multiple scholarships from The American College of Surgeons and The American Society of Transplant Surgeons. The National Kidney Foundation of Maryland has recognized his contributions to the field of transplantation with the Champion of Hope Award, the National Kidney Registry with the Terasaki Medical Innovation Award and The Greater New York Hospital Association with the Profile in Courage Award. He also became himself the recipient of a heart transplant in 2018.

In accordance with the Accreditation Council for Continuing Medical Education's (ACCME) Standards for Integrity and Independence in Accredited Continuing Education, OptumHealth Education (OHE) requires all those in control of educational content to disclose their financial relationships with ineligible companies within the prior 24 months. Ineligible companies are defined by the ACCME as companies whose primary business is producing, marketing, selling, re-selling, or distributing health care products used by or on patients. Individuals must disclose all financial relationships, regardless of the amount, with ineligible companies and regardless of their view of the relevance of the relationship to the education. OHE ensures that the content is independent of commercial bias.

Dr. Montgomery has indicated that he is on the advisory boards for CareDx, CSL Behring, eGenesis, Genentech, Hansa, Natera, Regeneron, RMEI, Sanofi, and Takeda; and receives grant/research funding from United Therapeutics, Hansa, and Sanofi.

The activity planners have no financial relationships to disclose.

Method for calculating CE credit
CE credit was calculated by the complexity of content.

This activity was planned by and for the health care team, and learners will receive 1.0 Interprofessional Continuing Education (IPCE) credits for learning and change.

Nurses
The participant will be awarded up to 1.0 contact hour(s) of credit for attendance and completion of supplemental materials.

Physicians
OptumHealth Education designates this enduring activity for a maximum of 1.0 AMA PRA Category 1 Credit(s)™. Physicians should claim only the credit commensurate with the extent of their participation in the activity.

PAs
The American Academy of Physician Assistants (AAPA) accepts credit from organizations accredited by the ACCME.

Case managers
The Commission for Case Manager Certification has approved this program for a maximum of 1.0 clock hour(s) for Certified Case Managers (CCM). 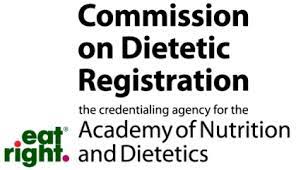 tivity is dietetics-related but not targeted to RDs or DTRs, CPEUs may be claimed which are commensurate with participation in contact hours (One 60 minute hour=1 CPEU).

RD's and DTRs are to select activity type 102 in their Activity Log. Performance indicator selection is at the learner's discretion.

Psychologists and social workers
Participants must have attended the entire Web-based activity and completed an evaluation to receive a certificate. Partial credit is not available.

Attendance
A certificate of attendance will be provided to learners upon completion of activity requirements, enabling participants to register with licensing boards or associations that have not been preapproved for credits. To apply for credit types not listed above, participants should use the procedure established by the specific organization with which they wish to obtain credit.

Prior to beginning this activity, please ensure you are using the web-browser Chrome and disable any pop-up blocking software. Click here for information on how to enable pop-ups.

You must be logged into your account to participate in this activity. Get started by clicking the down arrow and then "Start" under “Webcast”; then follow the prompts at the bottom of the screen. At the end of the activity, you will be able to view, save or print your certificate of participation. A complete listing of all of your activities can be found under “My Account,” “My Activities.”